#Snowy walk last weekend in Riverside Park.
#HollidayPark hike.
Last weekend's walk on the B&O trail.
Really just needed to get out of the house. So we took a short drive.
Took a stroll.
TEST 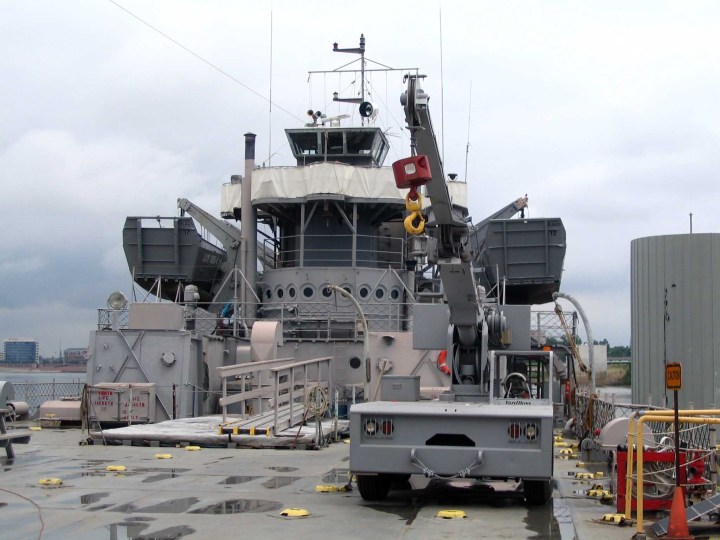 I seem to be doing a lot of WWII-themed things lately. First the Ernie Pyle museum and now this.

During my first week in Evansville, I was looking for something to do (other than work) and discovered this hulking ship on the bank of the Ohio River. I thought it would be cool to take a tour, so I wandered down there.

The ship is the LST-325, a WWII-era landing craft designed to move tanks and other supplies straight on to the shore. LST actually stands for “Landing ship, tank.”

Fun fact: The LST-325 was used as the model for all of the LSTs that appear in the move “Flags of our Fathers,” directed by Clint Eastwood.

The tour guide told me that all stairs on a ship are known as ladders, even if they’re obviously … stairs.

This is the cargo hold. The yellow things on the ground lock in the chains that hold the tanks.

This is the engine room. It’s actually still in use, since the ship often travels throughout the Midwest to show itself off.

When the ship wasn’t being used to haul tanks, wounded soldiers could be brought into the cargo hold and either stay there or be lifted into the ship. Prisoners were also sometimes hauled in the cargo hold.

There are still a lot of remnants on the ship from that period.

This basket was used to transport people between ships while they were underway.

From left to right: helmet, 40mm shells and 20mm shells

One of the ship’s anchors