Spinach and pepperoni from Lena’s 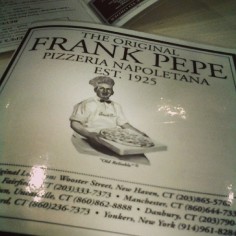 Where I come from, the concept of a “good pizza” radiates outward from its epicenter in Chicago – home of the stuffed pizza, the deep-dish pizza, and just in general pizza that can be measured vertically as well as horizontally. We also have our hyper-local favorites, as do most cities you could point to on a map (shout out to Mother Bear’s in Bloomington and Bazbeaux in Indianapolis).

As you might imagine, on the East Coast they have a different idea of what makes good eatin’ when it comes to pizza.
END_OF_DOCUMENT_TOKEN_TO_BE_REPLACED 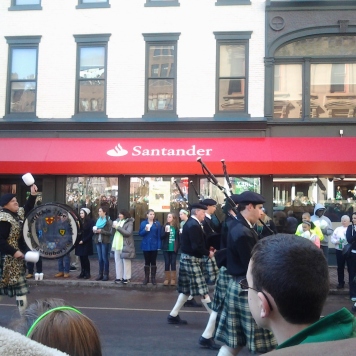 I’m used to seeing kilts in this parade.

This, not so much.

There are two holidays out here on the East Coast that are a much bigger deal than they usually are anywhere else in the country, including my section of the Midwest.

The first is Columbus Day, which is celebrated where I come from with a day off from work for public employees but not much else in the way of fanfare. Even most schools are open since fall break takes precedence. When I moved out here I was actually a little shocked at the pomp that accompanies Columbus Day, since many Native American people’s relationship with the holiday is understandably very negative. But Columbus was Italian, and a large number of Italian-Americans, also understandably, take a lot of pride in that.

The second is St. Patrick’s Day. Now, obviously St. Patrick’s Day is pretty widely and loudly celebrated in this country. Heck, there are more Irish-Americans than there are people living on the Emerald Isle. The Midwest is no exception. Irish-Americans are the most populous ethnic group in Chicago, and the Chicago River is died green every year in celebration of that fact. Another great body of water-dying tradition happens in my native Indianapolis: The White River Canal, which breaks off from the White River on Indy’s near-east side and runs all the way through the northern suburbs, gets its annual dose of green the Friday before the parade.

END_OF_DOCUMENT_TOKEN_TO_BE_REPLACED

Lately it’s taken almost all my energy to leave the house for anything – it’s cold, dark and our last big snowfall packed my car in so deep digging out was a 2-day process. Yay New England winter (I’m sorry I doubted you for so long … there’s no need to further demonstrate your might).

However, I have managed to have a couple of adventures over the last week. 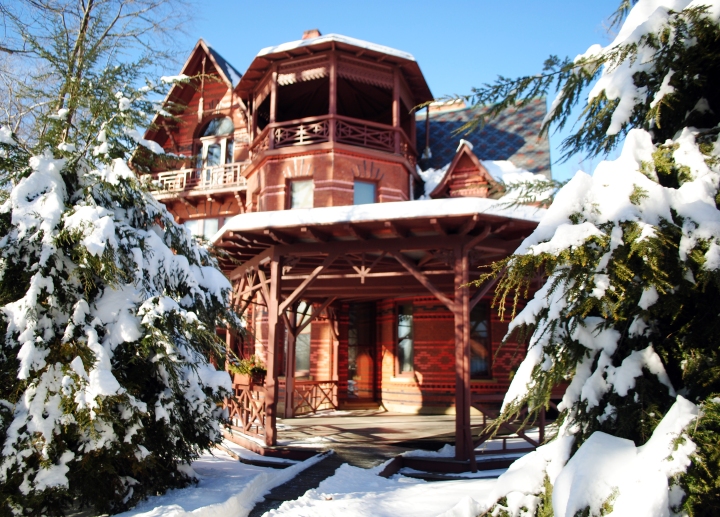 The walkway leading to the porch, flanked by two snowy pine trees.

Last Thursday – as my car sat buried and useless – I took to the sidewalks to investigate a very notable cultural landmark that is only four blocks away from my apartment building, in Hartford’s West End.

From 1874 to 1891 Samuel Clemens – better known to us as Mark Twain – and his family lived in a house on Farmington Avenue. Clemens moved from his home state of Missouri to the East Coast when he was 18 (a fellow Midwest transplant!), then spent most of his time traveling until settling in Hartford with his family in 1871. Most of his famous works were written while he lived in this house.

END_OF_DOCUMENT_TOKEN_TO_BE_REPLACED

Finally got around to posting a little bit about “Herland” on my other blog, De-Mystifying the Mystique.

Something Connecticuters might be interested to know: Charlotte Perkins Gilman was born and raised in Hartford, Connecticut, and lived for 12 years in Norwich with her second husband. Her great-aunt on her father’s side was Harriet Beecher Stowe.

The more you know.