#Snowy walk last weekend in Riverside Park.
#HollidayPark hike.
Last weekend's walk on the B&O trail.
Really just needed to get out of the house. So we took a short drive.
TEST

Most of the time I find myself musing on the differences between my Hoosier homeland and where I live now. But sometimes I find a connection that’s so concrete it drives me to want to know more about the circumstances surrounding it. That happened to me a few weeks ago when Peter and I visited the Heritage Museums and Gardens in Sandwich. 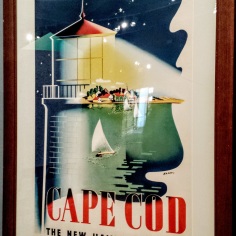 Sunrises over the Atlantic Ocean, menus that don’t skimp on fresh seafood, tourists clogging every inch of beach space (and every mile of highway)—this is Cape Cod in the summer. Sure, we have beautiful beaches in the Midwest, but nothing quite so awe-inducing as staring out over the world’s second-largest body of water. And we definitely don’t get fresh seafood, though the number of fried clams served every year at the Indiana State Fair might rival the number served every summer on Cape Cod. And Indiana has nothing to rival the hellishness that is the sheer human traffic of Cape Cod in the summer.

There’s one big thing that does tie Indiana to the Cape, though. That thing is a family: The Lilly Family. The Lillys are probably the most famous family associated with Indianapolis. Eli Lilly, the patriarch, founded Eli Lilly and Company as a drugstore there in 1876. Now, it is one of the largest drug research and manufacturing companies in the world. The Lillys are possibly as widely known for their philanthropy as they are for their role in medical innovation. Throw a stone from the top of the Soldiers and Sailors Monument downtown and it’s pretty likely you’ll hit something named after or funded by the Lilly family—specifically, Ruth Lilly, the great-granddaughter of Eli.

When I was growing up it seemed like every other day there was a big news story about this or that organization that Ruth had given her fortune to, or another building that would be dedicated under the Lilly name thanks to her. A short sampling, from Wikipedia: “Indianapolis’ Ruth Lilly Hospice, Ruth Lilly Special Collections and Archives, Ruth Lilly Medical Library, Ruth Lilly Health Education Center, Ruth Lilly Law Library, and Ruth Lilly YMCA Outdoor Center all bear her name.” While she donated a lot of her money to large research and educational institutions, she also made headlines for giving huge sums to obscure arts organizations, like the Chicago-based Poetry Foundation, which gives out a yearly fellowship enabled by her $100 million gift.

It’s thanks to Ruth that pretty much everyone in Indianapolis has enjoyed some museum or other public place with the Lilly name on it, but as it turns out Josiah K. Lilly III, her brother, was similarly involved in giving away his family’s money. He just did it on Cape Cod, instead of in his hometown. One of his most well-known projects on the Cape is the Heritage Museums and Gardens, which he helped found and fund along with his wife, Josephine, and his sister. 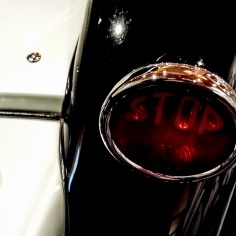 The way I came to this knowledge was through cars—fitting for someone who hails from a place known as the “Crossroads of America” and that hosts the most famous auto race in the world. The Heritage Museums and Gardens in Sandwich are mostly the latter—100 acres of trees, shrubs, flowers and other outdoor attractions. But toward the entrance to the grounds sits one of the the area’s three museums, the Automobile Gallery. My interest was piqued by the number of old Stutzes and Duesenbergs on display—both brands were manufactured in Indiana. I started to wonder if there were other connections between the Automobile Gallery and Indiana, and sure enough, there was.

Not only was J.K. Lilly III a prolific donor of money, he was a prolific donor of stuff. Most of the cars in the Automobile Gallery come from his private collection, which he began amassing in 1964, six years after moving permanently to Falmouth. He dabbled as a summer- and part-time resident for there for several years, in between helping the family business and striking out on a few of his own ventures. His collector’s fingerprints are all over the Heritage Museums and Gardens; the Civil War memorabilia and miniatures in the American Art and Carousel gallery are his, as are most of the paintings in the Museum’s Heritage Collection, which is housed in the Ruth Lilly Gallery. Many items come from the estate of his father, Josiah K. Lilly, Jr.

Although both Lilly great-grandchildren gave to their communities generously, J.K. Lilly III seemed determined to do it as anonymously as possible, according to his 1995 obituary. According to this article from the Cape Cod Times, the Upper Cape’s residents and visitors can thank J.K. Lilly III for Falmouth’s Gus Canty Community Center, the West Falmouth Market, the JML Care Center, Falmouth Hospital, the Cape Cod Conservatory, Beebe Woods, the Falmouth Sports Center, and the Falmouth Academy’s new campus. Only one of those—the JML Cancer Center, named after his second wife, Josephine Mohan Lilly—bears any hint of the family name.