Morning walk around the #NationalMall.
Front row seat for Sen. @maziehirono. Gotta respect a senator who drops F-bombs (though she did not at the reception).
So proud to have played a small part in electing these amazing women!
All lit up. #CircleofLights
#CircleofLights
TEST 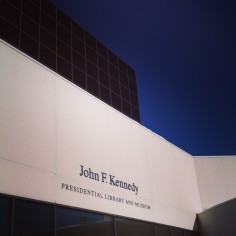 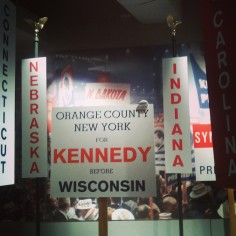 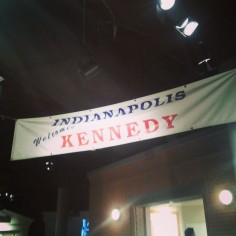 For President’s Day my friend Peter and I took a spur-of-the-moment trip to Boston, where most of our time was spent at the Kennedy Presidential Library.

Sure, for President’s Day our countryfolk explicitly celebrate the birthdays of George Washington (February 22) and Abraham Lincoln (February 12). But President’s Day is also a time to pick the guy who’s most important to your state or region and celebrate him too. (Did everyone in Indiana have fun commemorating the single-term presidency of Benjamin Harrison? Yeah, you probably just celebrated Lincoln instead.)

Surprisingly, New England has only given us five presidents – unsurprisingly, four of them are from Massachusetts: John Adams, John Quincy Adams, Franklin Pierce (New Hampshire), Calvin Coolidge and Kennedy. While the Adamses get their fair share of recognition from the Bay State, the Kennedy legacy is a minor religion in all three of New England’s southernmost states.

Upon arriving at our first stop in Quincy, Massachusetts, we did our due diligence – a drive-by of the Adamses Peacefield house, and Peter said a few words about the United First Parish Church (“I think that’s where they’re both buried” – yes, it is).

Then it was on to the Kennedy Library, an angular building designed by I.M. Pei that is equal parts shining black glass and bright white concrete. The library sits on a square piece of land that juts out into Dorchester Bay; that, and the overwhelming amount of current construction work going on at nearby UMass Boston made it a bit of a trek to get to.

Monday was the President’s Day Family Festival at the Library and the kids were being treated to an arts-and-crafts project called “Lincoln’s Top Hat.” We briefly wondered what would be a kid-friendly arts-and-crafts activity to commemorate Kennedy … and then couldn’t really think of any. Maybe learning how to tie sailing knots?

Leaving behind Lincoln’s top hat, we were immersed in what we came for: a nearly three-hour journey through JFK’s life and legacy. The self-guided tour starts with an introductory movie and then takes you chronologically through the President’s life, starting with his youth, military service and prior political career before jumping into the 1960 election. I managed to find quite a bit of Indiana-related memorabilia in this section of the museum, even though Indiana’s then-13 electoral votes, as expected, went to Richard Nixon.

After we listened to Kennedy’s inspiring inaugural address the reality of the early 1960s set in. We were plunged into crisis after crisis, with only brief interludes dedicated to the Camelot aesthetic –Jackie Kennedy’s clothes, the family’s vacations in Hyannis – to reflect the optimism of his first speech as President. Abroad, the botched Bay of Pigs invasion, the Cuban Missile Crisis, escalation in Southeast Asia, Sputnik’s appearance in the night sky and the construction of the Berlin Wall signaled that the USSR might be gaining the upper hand. At home, integration was underway and the frequently violent struggle for civil rights was reaching a tipping point. Even the President’s personal life was beset by crises: His poor health necessitated an increasingly constant cocktail of (sometimes experimental) drugs, and in 1963 John and Jackie lost their newborn son, Patrick.

The last section of the museum signals you with a blank white wall, and a date: November 22, 1963. Then, we were back in the atrium, where the little kids were still gluing their top hats.