I think I forgot to post these #roadtrip shots from #tahoe. Hiked the trails around Donner Pass. Brought plenty of snacks.
Good turnout!
#Juneteenth trip to the "Grand Central Station" of the Underground Railroad.
It's not as gross as you think.
Finally got around to doing a little decorating on our #coworking space.
TEST 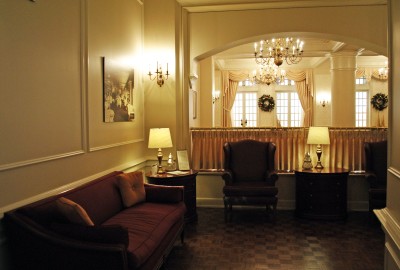 Warm light greets you in the entryway.

From its founding in 1872 until it was subsumed by mergers and stock swaps in the middle part of the last decade, L.S. Ayres and Co. was one of the most successful department stores in Indiana. The eight-story flagship building – and its iconic 10,000-pound bronze clock – at the corner of Washington and Meridian streets is still a notable part of Indianapolis’ real estate landscape.

As an emblem of a now-faded era when those eponymous department stores served as the literal cornerstones of most major American cities, it’s appropriate – and a little ironic – that L.S. Ayres’ famous Tea Room is on display at the Indiana State Museum.

The original Tea Room was an essential part of the full shopping experience provided by a classic department store. Actually, the flagship store initially housed a trifecta of eating establishments – the soda fountain, the Grille and the Tea Room – designed to keep shoppers coming back for more than bargains on clothes and goods.

The Tea Room and its parent company have been absent from the Washington Street building since 1992. But since 2002, the Indiana State Museum has operated a near-replica of the original, right down to the Chicken Velvet Soup. In what is much more than an interactive exhibit, museum patrons like myself who were too young to really experience the Tea Room’s original incarnation can enjoy the same elegance and carefully crafted menu. While according to my mother I did eat at the original Tea Room as a toddler, as she put it: “Your dad and I ate there … you mostly played with your food. Oh, I’m sure you ate mac and cheese or something.” 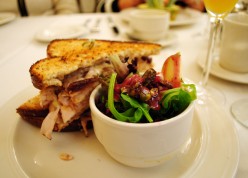 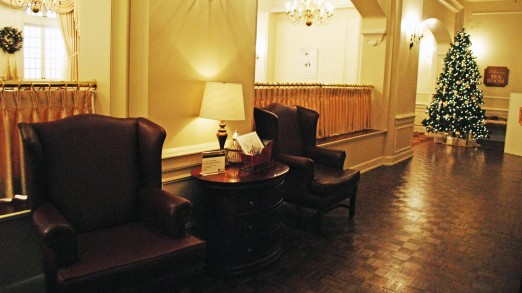 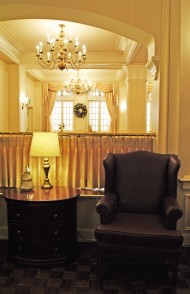 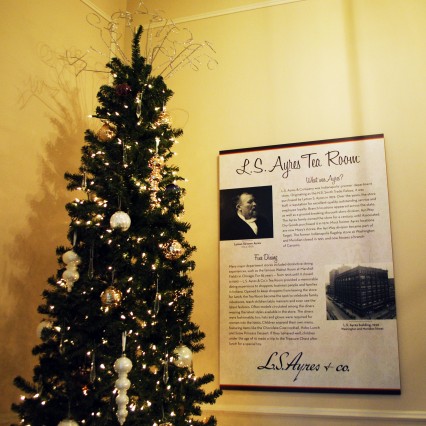 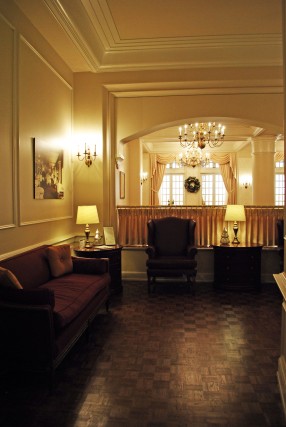 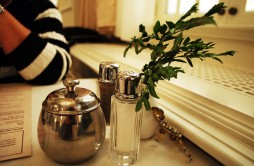 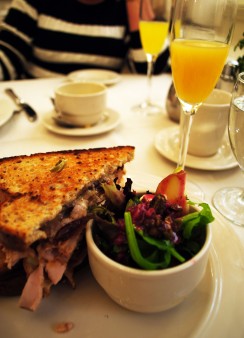 While I might not remember my first brunch there (or my palette was not yet refined enough to really appreciate it), the revamped Tea Room’s menu did not disappoint adult me.

We were a party of four: two of my aunts, my mom and me. My mom ordered the Chicken Salad and my aunt Peggy ordered the Chicken Pot Pie – both are “Classic L.S. Ayres Inspired Items.” They also had side orders of L.S. Ayres’ most famous dish, the Chicken Velvet Soup. I ordered the Orange Cranberry Turkey Sandwich and my aunt Kat (the copycat!) went in for the same. While my side of Pomegranate Pistachio Salad was perfectly delicious (I’m >addicted to pistachios), the soup was so good I ended up eating almost half of my mom’s after she offered me a taste.

And as would any respectable brunch establishment, the Tea Room will make you a mimosa with your choice of flavored orange juice for the same price as a glass of champagne – $6.50. No bloodies though, “unless you want me to get the vodka from the trunk of my car,” according to the waiter. A classy meal, with just the right touch of crassness. Definitely my style.

If you want the new Tea Room experience you’ll have to go soon though; the Museum is only offering holiday hours through Dec. 31, and then shuttering the establishment to all but private parties until next Christmas or until another deal is worked out with the current caterers.

Full menu is here. Hours and directions are here.