Geothermal baths and some scenes from the drive there.
Spent some time in nature on day 2.
Highlights from day 1 in Iceland 🇮🇸. Mostly walked around, ate, and saw a few museums.
Morning stroll.
TEST

When I moved to Connecticut I didn’t expect that my first weekend excursion would take me outside the state, especially to New York City. It seemed too cliché; after all, I was really excited to uncover whatever colloquial idiosyncrasies my adopted state had to offer.

However, a long hard week at work drove me to seek the company of old friends, and to do that I had to go to go all the way to the New York, where my friend Julie and her partner Andrew moved this summer after we had all graduated with our master’s degrees.

It had been 20 years since I’d last seen the city, so in the interest of checking off some basic bucket list items the day was planned to max out the main tourist sites as painlessly and cheaply as possible. Julie, who is originally from the NYC area, was the perfect tour guide for this. The biggest, most tourist-y site we didn’t do was the Statue of Liberty, since the former 6-year-old me remembers very well the 177 steps she walked halfway to the top, and then being carried (crying) the rest of the way. 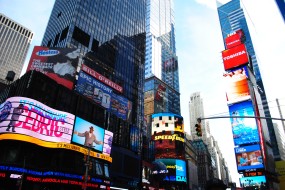 New York City is big, loud, crowded and everything else you expect it to be, but it’s also surprisingly stress free to navigate on a lazy Sunday afternoon, especially if you’re prepared to walk and use the metro for longer trips up and down Manhattan. Of course you’ll need to come back again and again to experience everything the Big Apple has to offer, but a day that sends you out early (I left Hartford at 9 a.m., driving) is more than enough time to get a bead on the city’s charms and taste a lot of the delicious comfort food – a spruced-up term for what Julie called “street meat” – New York is known for. 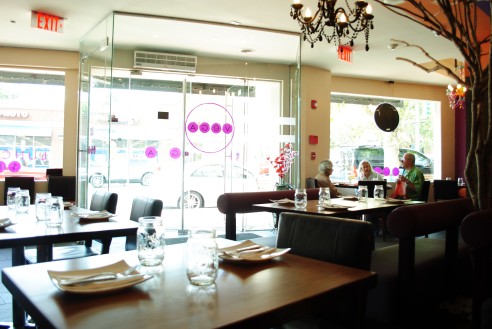 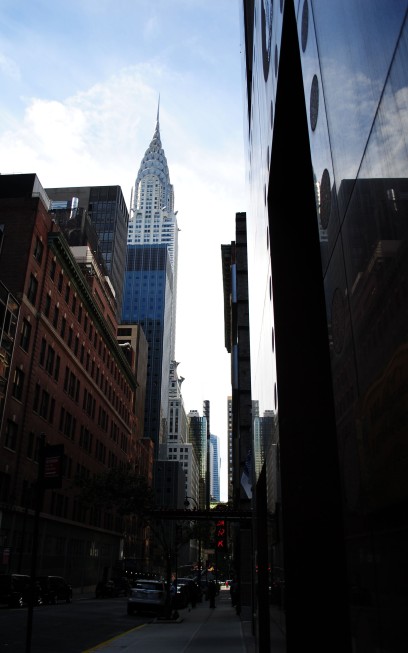 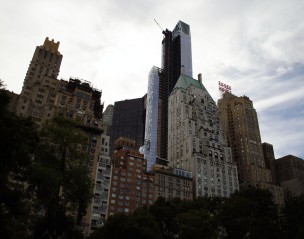 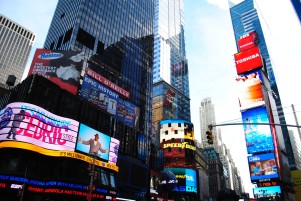 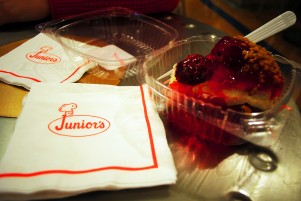 We started out in Hartsdale, where Julie lives, to do a quick brunch at a trendy-looking Mexican restaurant called Vega (189 E Hartsdale Ave., Hartsdale, NY). Average entree prices were reasonable ($8-$15) and the bloody marys ($6) were spicy and delicious but a bit light on the booze. Then we took the commuter train into Grand Central ($17 round-trip), doing a quick loop around the area near the station before heading past the MoMA (history buffs won’t want to miss the section of the Berlin Wall that is permanently on display outside) and up Park Avenue to Central Park.

A 10-block diagonal stroll starting at the park’s southeast corner will spit you out near the Museum of Natural History, which sits atop a themed subway station decorated with colorful animal mosaics. We took the subway down to the Village to do dinner at Gray’s Papaya (402 6th Avenue New York, NY) a local institution that is still offering its “Recession Special” of two hot dogs and a drink for $5. Taking the train back to Midtown we were able to snap some pictures of Radio City Music Hall and NBC’s Rainbow Room marquee before ending our tour under the seizure-inducing lights of Times Square.

Back at Grand Central with plenty of time to spare, we split a strawberry “cheesepie” (Note: New Yorkers are apparently on Team Pie) from Junior’s, another restaurant I was told is a local must-eat.